skip to main | skip to sidebar

THE DOT - if this turns orange or red be alert

How Goldman Sachs (Rothschild's) took over the world

Well they are the most powerful firm on Wallstreet but actually they are an outlet of the Rothschild's who have spread their power under different names into this century and the prior one. They create new entities to hide the web the have created of which the Bilderberger is one and Soros is another. The 30 mil. think tank I wrote about in an earlier post is the brain of the Obama administration and his closest advisers are all from the Rothshild boys from RUBIN, SUMMERS, VOLCKER and second tier next generation breed like Geithner. Emanuel and many more.

Rockefeller's,Ford the Bush family belongs to them as the Clinton's work for them. One very easy proof is the remaining official Rothschild's fortune is petty cash compared to my calculation how much the fortunes of them should be worth easily in the trillion league. Compared to the pathetic list Forbes publishes every year about Gates and Buffett who are also members of the Club. Imagine it like the middle ages with kings and lords who share one big interest and we are close to the real picture. The idea of democracy is the Matrix cover to run their business as it is easier to screw with people as long as they think they have a saying to what is going on. The list below gives some ideas but there are far more names and they are not only from Goldman they have different breeding organisations like the IMF and Worldbank.

They are well-credentialed, partly by design. From its beginning when the German immigrant Marcus Goldman began discounting IOUs among the diamond merchants of New York in the 1870s, Goldman Sachs has always known about the power of the network of influence. Goldman hires former politicians and civil servants, as readily as it supplies them.

And then there is simply the intellectual quality of the employees, many hired as much youngster men via a gruelling interview process, and then forged in the fire of 17-hour work days.

With Goldman Sachs at the heart of Wall Street, and Wall Street at the heart of the US economy, few expects its power to wane. Indeed, The New York Times columnist David Brooks noted that Goldman Sachs employees have given more money to Barack Obama's campaign for president than workers of any other employer in the US. "Over the past few years, people from Goldman Sachs have assumed control over large parts of the federal government," Brooks noted grimly. "Over the next few they might just take over the whole darn thing."

From his post as professor and director of global leadership at Tsinghua University in Beijing, the former Goldman Sachs co-chief operating officer John Thornton has become a highly-influential figure in the developing business and poltical inter-relations between the US and China. He was Goldman's boss in Asia in the mid-Nineties and remains well connected in the East and the West.

Wall Streeters joked about a Goldman Sachs "takeover" of the New York Stock Exchange. Hank Paulson, the Goldman boss on the NYSE board, moved to oust the chairman, Dick Grasso, and recommended the then chief operating officer of Goldman, John Thain, as Mr Grasso's replacement. Mr Thain modernised the exchange as demanded by Goldman, and Mr Thain's old Goldman deputy, Duncan Niederauer, is in charge.

The former co-chief executive of Goldman went into full-time politics in 1999, having lost the internal power struggle that preceded the company's stock-market flotation in 1999. He has been governor of New Jersey since 2006, having spent the previous six years in the US Senate. His 2000 Senate election campaign was then the most expensive ever in the US, and Corzine spent $62m of his own money.

For five years until 1999, Mr Bolten served as director of legal affairs for Goldman based in London, effectively making him the bank's chief lobbyist to the EU. The Republican lawyer aided George Bush's 2000 election campaign, helped co-ordinate policy in the White House and has been the President's chief of staff since 2006.

The man heading London's planning for the 2012 Olympic Games, Paul Deighton amassed a fortune estimated at over £100m during his two decades at Goldman Sachs, where he had been one of its most powerful investment bankers.

A US Treasury secretary under Bill Clinton, Mr Rubin could once again emerge as a powerful figure in Washington if Barack Obama wins the presidency, since he has maintained his influence on Democrat politics. Mr Rubin reached the second-highest rung at Goldman, becoming co-chief operating officer before joining the US government in 1993.

The ex-chairman of the BBC still has the ear of Gordon Brown, to whom he has been a good friend and informal adviser. He is married to the Prime Minister's aide Sue Nye. Mr Davies spent 15 years as an economist at Goldman. He was commissioned to report on the future funding of the BBC by Mr Brown in 1999. Two years later, he was poached to chair it.

This former Goldman trader is, without question, the most influential stock pundit in the US. Hectoring and shouting his investment advice nightly on his CNBC show, Mad Money, he routinely moves share prices. His primal scream against the Federal Reserve ("They know nothing") was a YouTube sensation last year, as the central bank refused to lower interest rates to ease the pain of the credit crisis on Wall Street.

Goldman provided a lucrative home to Robert Zoellick, the neo-conservative Republican, between the time he quit as Condoleezza Rice's deputy at the State Department in 2006 (having not secured the job he coveted as Treasury Secretary, when it went to Hank Paulson) and his appointment last year as head of the World Bank. At Goldman he had acted as head of international affairs, a kind of global ambassador and networker-in-chief.

The head of the Italian central bank is another example of the revolving door between Goldman and public service. Mr Draghi had been an academic economist, an executive at the World Bank and a director-general of the Italian treasury before joining Goldman as a partner in 2002. He is becoming a significant figure in the response to the credit crisis, chairing the financial stability forum of central banks, finance ministries and regulators.

Treasurer for the opposition Liberal Party, Mr Turnbull is one of the fastest-rising politicians in Australia. He was the aggressive advocate who took on and beat the British Government in the Spycatcher trial of the former MI5 agent Peter Walker, but he then pursued a career in business and ran Goldman Australia from 1997 to 2001, before jumping in to politics to serve as environment minister under John Howard.

Cometh the hour, cometh the man. President George Bush must be delighted he lured a reluctant Hank Paulson away from his $38m-a-year job as Goldman Sachs chief executive in 2006, just in time to deal with the Wall Street crisis that has engulfed the entire US economy. The bird-watching enthusiast had been a surprising choice as Treasury secretary, since his environmentalism was at odds with much of Bush's policy.

Yes, and Paulsen was delighted to "help." There is nothing so helpful as a crisis to further the aims of the pickpocket and burglar. 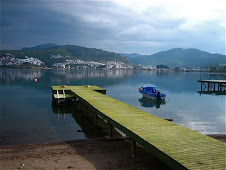 getagrip
I am a professional independent trader